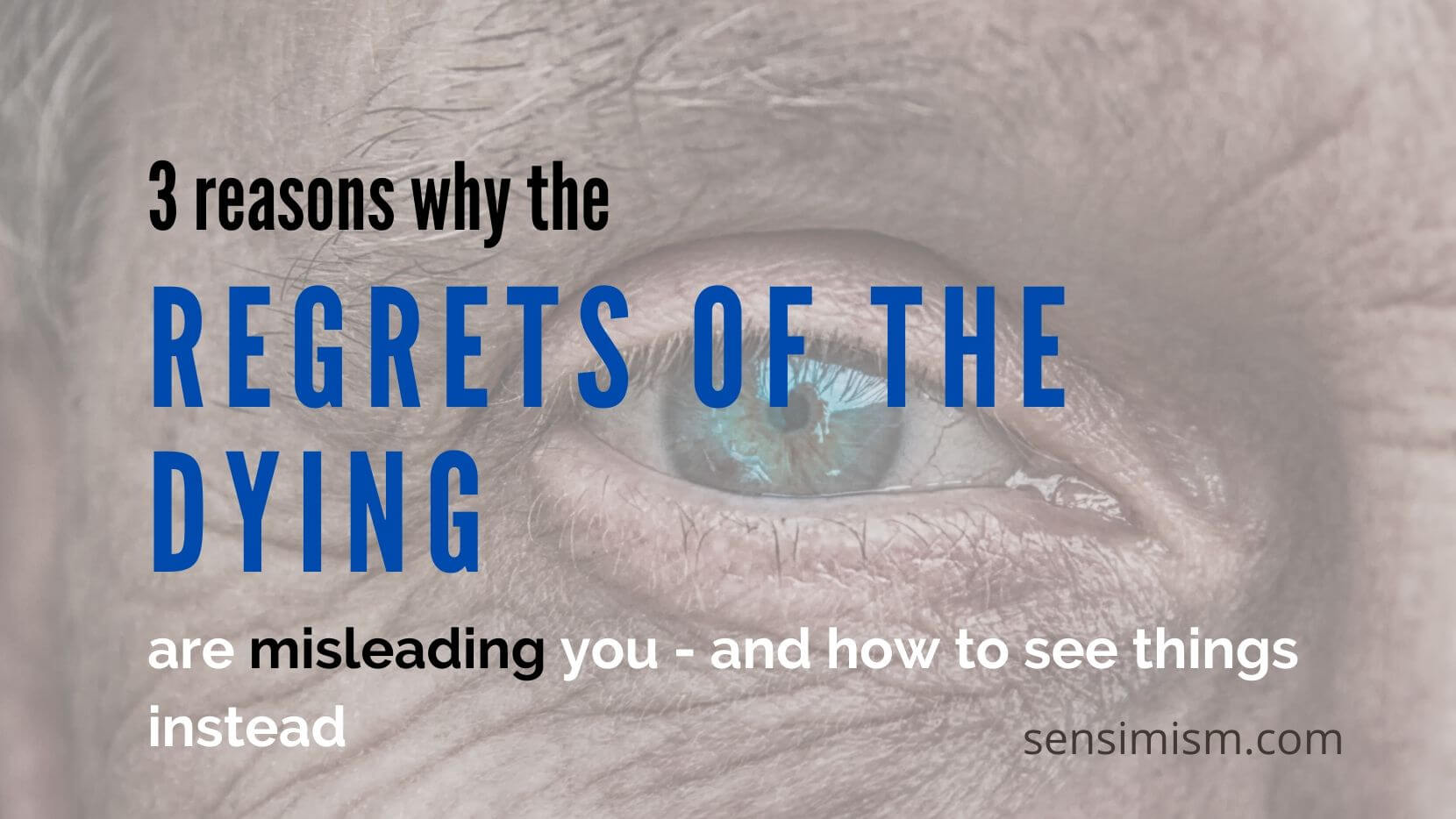 Have you heard about the top X regrets of the dying? Very motivational right? Spend more time with close ones, take care of your self, don’t work so much etc. Makes sense, because we humans know what we want and have no biases or fallacies. Especially when on the death bed and very old… But that’s not my point. My point is that by focusing too much on the positive notion of what the regrets of the dying show us, we forget about the fact, that every human will always have some regrets.

Contents hide
1 The problems with “the regrets of the dying”
1.1 1. The grass is greener syndrome
1.2 2. Vague and “one fits all” statements
1.3 3. Anchoring
2 Conclusion

Has anyone stopped and asked themselves:

What if the people, who have been asked about their regrets just before dying, actually managed to achieve what they regret? What if they got a second chance and then someone would ask them again?

It’s not too far fetched to say that they would have some other regrets, that someone could write a book about. And we could think – “aaaah, so if I do THIS, THEN I’ll be happy on my deathbed“.

The problems with “the regrets of the dying”

1. The grass is greener syndrome

It’s human nature to always look for more – more meaning, more experiences, more love, more sex, more money, more friends, more social approval. So no matter what these people did during their life, at the end they will always have something they regret.

One very common regret is “I wish I’d had the courage to live a life true to myself, not the life others expected of me.”

If all the people whose top dying regret was this one had a second chance and they would really live “a life true to themselves”, do you think they wouldn’t have any regrets at the end?

The one about work? “I wish I hadn’t worked so hard.“

Key takeaway – don’t dwell too much on what the popular posts and books on this topic tell you – even if you achieve that, you will have other regrets. Do whatever makes you happy today, but know that you just can’t get to the finish line with no regrets. Our brain isn’t wired that way.

You will replace one regret with another – no matter what you end up pursuing in your life. If you focus on one thing more (like all of them wished they did), you have to take that time from somewhere else. And that something else will likely end up being one of your regrets later. We don’t have unlimited time, but nowadays, we have almost unlimited things to try, focus on.

2. Vague and “one fits all” statements

From another perspective – this statement is too vague. Everyone understands it in his/her own way (which is the marketing genius of the statement) – it’s like a horoscope – everyone finds something they relate to in it.

What do others expect of us? A plethora of things – some are good for us, some are not. But a good life is a balance of these, not an absence of others expectations. Every relationship requires some sacrifice on our side – doing something the other person expects of us. You won’t have a happy relationship if you just do what you want and disregard what the other person needs. Our families expect some things from us. Most of them we can live without, some we can’t, if we want to enjoy family support another time.

All the subjects of this research were nicely anchored with the question: “What do you regret?” or “Do you regret anything?”. This means they were subconsciously influenced to think about regrets.

It’s the “Don’t think about a pink elephant” fallacy. What do you think about now? There you go. Even if they didn’t feel they had regrets, asking the question begs an answer – so they fished around and gave some answer. It might not have been as important to them, but they felt like giving one.

A close relative to anchoring is the availability heuristic – where you make quick decisions based on the information that you can think of the easiest, not on the basis of carefully selected, gathered and analysed information that might be available to you (on a second, third, fourth etc. thought). Imagine people lying on their deathbed, anchored on their regrets – what’s the easiest that comes to mind? Family, living more true to yourself, making a better world, being a better human certainly comes to mind faster, than “I wish I smoked more and enjoyed drugs and alcohol to the full”, “I wish I watched more Netflix”, “I wish I was more selfish and just did whatever the hell I wanted”. Why? Because the first ones are the typical aspirations we hear and read about everywhere. Be a better human being, contribute, family is most important…

But living a life with all its ups and downs is very different to thinking about it briefly when you’re asked a question. It’s similar to the concept of the experiencing self (I should go to the gym, but I feel like watching Netflix now) and the future self (Next week, I’ll exercise more). What you wish / think you should be doing vs what you feel like doing right now are two very different things. Remember that – you’re always ever only going to be the experiencing self, which is an average human with all our inherited fallacies and biases – so don’t make life harder on yourself by punishing your experiencing self for not being your imaginary future self (or past self in the context of this post).

The last two problems aren’t as important, they are just interesting to discuss, but the first one is a big one. Realising that we are wired to always seek more and hence have some regrets (because we always raise the bar and never reach the final good place). That today’s world offers too many options to choose from and we can’t try them all – there will always be some regrets.

And that’s ok – regrets of the dying are as common as farts of the dying. Whatever you do with your life, they will be there, they might not be pleasant, but everyone will have them, just like you. Learn to live with them. The ocassional regrets (and the farts unfortunately!) – and you’ll live a happier and more balanced life.

Try to eliminate any regrets and you’ll probably wish you worked less, or that you lived a life more true to yourself – because you wasted it too much on trying to eliminate some future regrets ;).

Photo by Annie Spratt on Unsplash 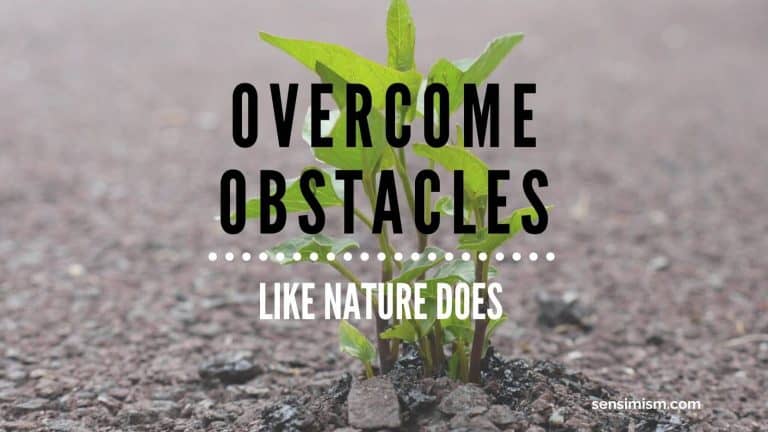 Are you facing any obstacles right now? I bet you do – there’s hardly a day in life without an obstacle. Some are small, others are big. You won’t avoid facing some of them – they are a part of life. In this post, we’ll talk about how you can overcome obstacles easier – by… 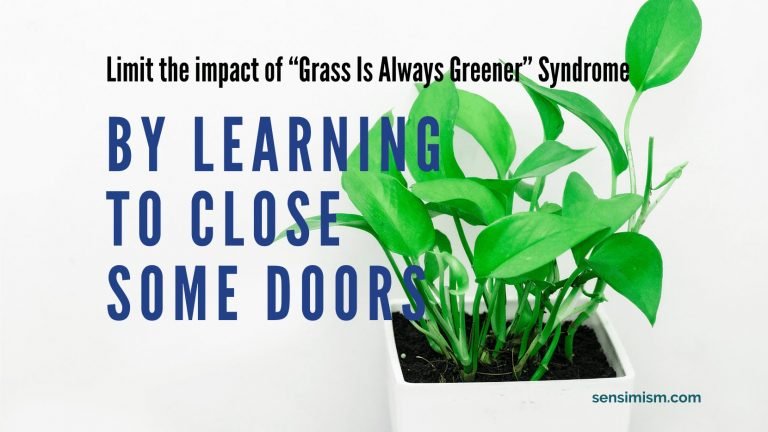 We have never lived in a more free world than today. Unlimited options and life possibilities wherever you look. Do you also find yourself ruminating many of them, not being able to decide? This is a new age problem, part of the “grass is always greener on the other side” family and this post is… 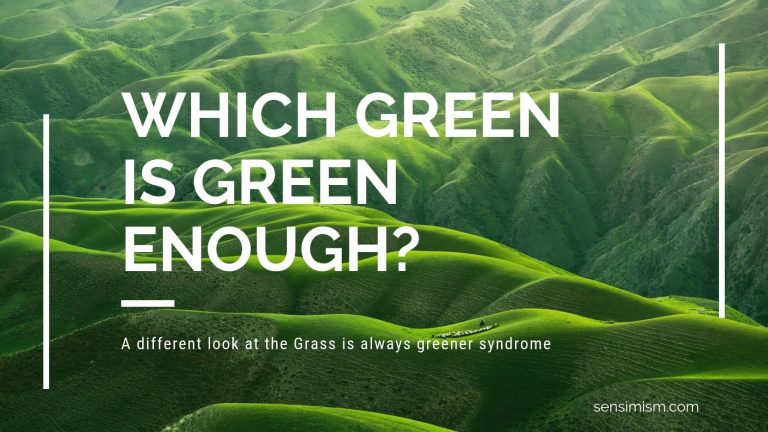 Do you ever find yourself thinking “Is this the right decision?” or “There are other alternatives that seem better?”. Do you look at other people and think you would be happier, if you just had their life (job, car, spouse, money)? Then you’re thinking that the grass is always greener on the other side. You… 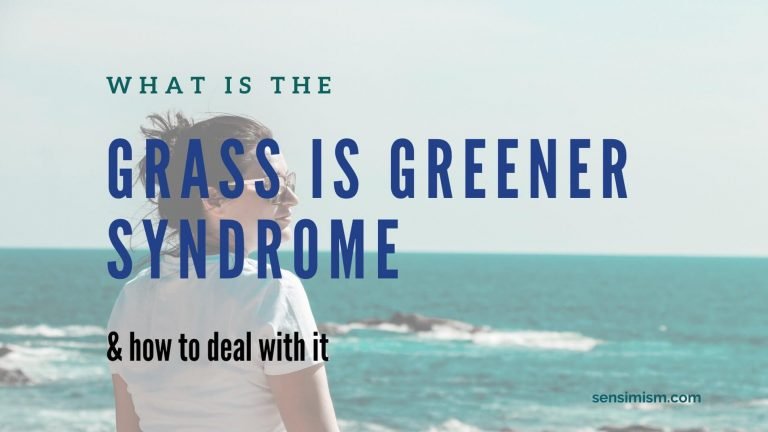 Ever feel like your life could be better? Passing people on the street and thinking that some element of their life is better than yours, that you’re missing something? Seeing people that seem prettier than your partner? Seeing other jobs or careers as better than yours? Many of us feel this way – that there… 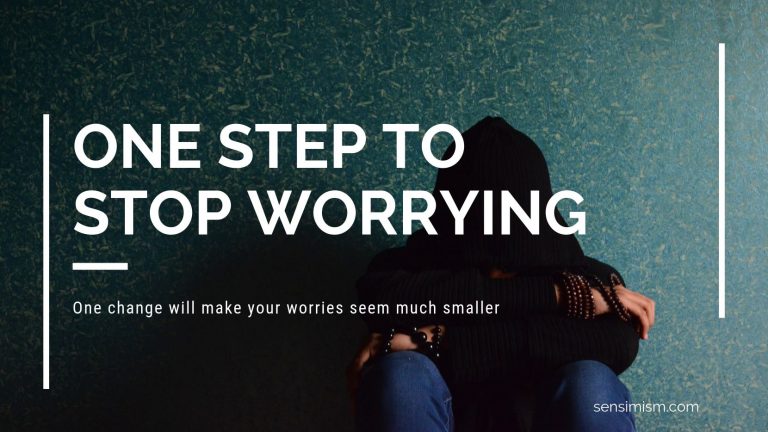 A few days ago, I sat in a discussion group, the topic of which isn’t relevant here, but one of its conclusions is. Somehow, 13 different people from all backgrounds, levels of success in life, varying levels of happiness, partner and/or family situation, financial situation, all had one thing in common – we all had… 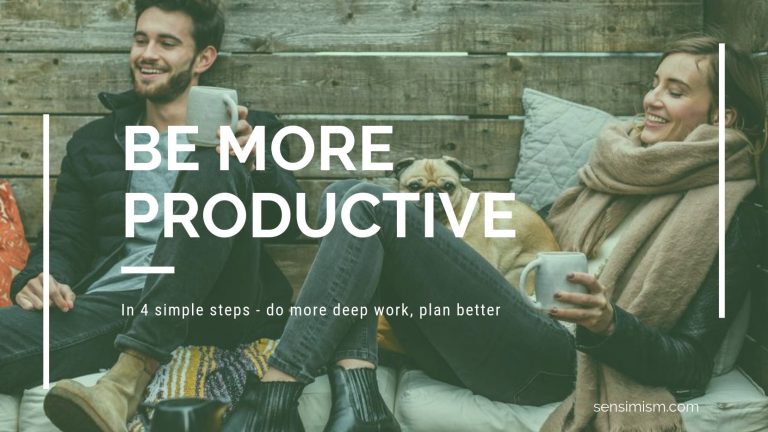 Do you find yourself often planning and then watching the plan fall apart? Or chasing your tail being busy, but not actually achieving anything substantial? Yeah, it’s very easy to fall into this downward spiral. You feel like you are doing lots of work, but at the same time wonder how to be more productive? In…