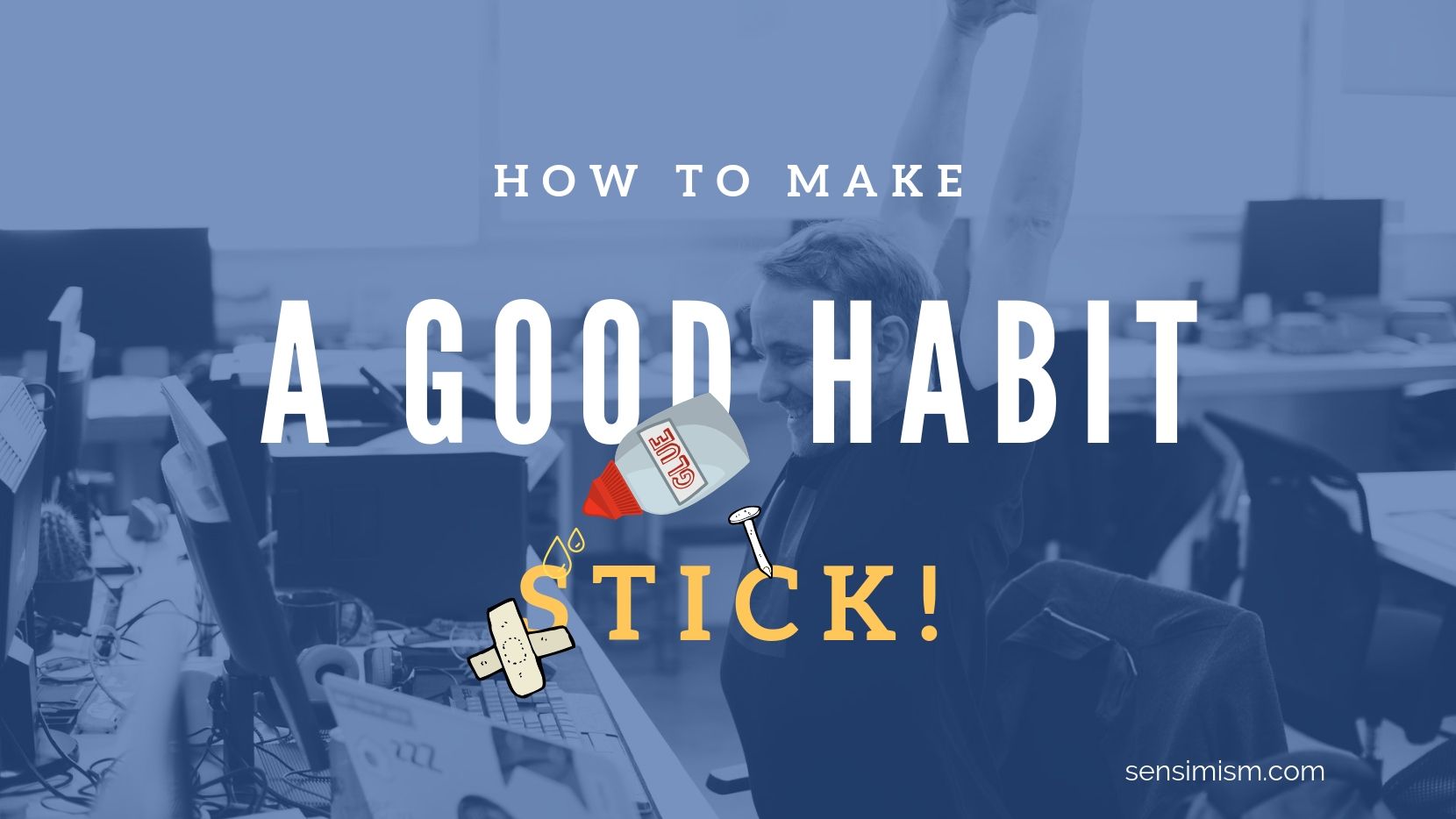 Contents hide
1 Decide on goals and derive tasks
2 Set reminders, block your calendar
3 Force yourself to stick to them as much as possible
4 You’ll know that you have succeeded when you’ll keep the routine regardless of reminders.
5 Recommended reading
6 …and tools
7 Habitbull
8 Google Calendar
9 The Day launcher system

Most of us already know what are the important things, the productive / rewarding / healthy tasks that will make our lives better. And most of us either don’t do them, or struggle to keep doing them regularly enough, for them to have an impact on our lives.

You know what’s needed? That ugly word that we rather avoid – “routine”. Mostly, it has negative meaning – monotony, drudging in some kind of menial work, repeating the same boring shit over and over again, until you stop noticing you’re doing it. You stop fighting it. It becomes natural to your life. Not good if we’re still talking about all the negative things you can do in your life. But – it doesn’t sound too bad, if we start talking about all the good things right? Imagine all the good things you know you should be doing, becoming a part of your daily life. You stop noticing that you need to force yourself to do them – they will just happen. They will become natural to your life, without having to exert energy to make them happen.

A routine is a bundle of habits and tasks you spend most of your time on, repeatedly. Fill your routine with good things, and it will make a huge difference in your life.

Decide on goals and derive tasks

You know, the shit you really know you should be doing, but are not just yet. Stretch, exercise, write, meditate, work on your business idea, do deep work. You probably have this list already, you probably have been trying to turn it into a routine, but it’s not working out as you would like to. Not to worry, we’ll fix it now :).

We are very bad at remembering all the valuable habits, the ones that are good for us. Or even if we remember them, we are good at pushing them aside, because of some other “burning” work.

A routine doesn’t start itself. First, we need to get it going, manually, by applying discipline, intention, determination and energy. This process is harder, because we need to apply all these traits, think about them, force ourselves to do something. The good news is that this only needs to happen for a short time – unfortunately, not for the often quoted 21 days, it actually differs by what is the actual habit you are trying to make into a routine. Drinking a glass of water every morning – yes, you might make it a routine in 21 days. But sitting down and writing for a hour every morning might take longer to build.

Still – once you get over that initial period of building a beneficial process into a habit and merge more of them into a routine, it will not require much more energy. And your life will take a new direction, likely a much more positive one (if you pick the right habits).

One lever you can use is technology. Simply by removing the need to remember, you will take some weight off your shoulders.

We need a cue, to trigger a routine that will lead us to the desired reward. This is the famous three part system by Charless Duhigg: The power of habit.

Set reminders in your favourite planning app – be it Google Calendar or anything else. Choose what and when it needs to happen, and create a regular reminder. Instead of having to remember to do it, now you only need to use your willpower to do it when the reminder pops up.

Force yourself to stick to them as much as possible

Now here’s where the magic happens. Having tools and reminders makes it easier, but it’s still YOU who has to decide whether to do something or not. It would be of course awesome to have an app that will rewire your brain automatically, without your intervention… but we’re not there yet.

You will not succeed every time. There will be times, when you fail – you won’t be able to do the thing you set to do. That’s ok. Accept that there will be some “leaks”. You can’t be perfect, even the most successfull people break their routines. The trick isn’t to be 100% successful in keeping the routine going. It’s in doing it often, regularly and long enough for it to become your second nature – a routine. Ocassional hick-ups will happen and they are ok.

And let’s not forget about a thing called a winning streak – the positive feeling you get from fulfilling or achieving your goals. Imagine you want to do something every day. You mark a successful day with a big red X in the calendar. Now, after 13 days of straight Xs in the calendar, you don’t feel like doing it. How much harder is it going to be not doing it, if you will have to break your successful streak?

The psychological effect of that is very strong. Make sure you incorporate such a winning streak system into your daily routine. Apps like Habitbull can help with that a lot.

Another step that will make achieving your goals easier is blocking your calendar for the time needed for each habit. A reminder is the first step. But time blocked in the calendar is the second – it’s more visual. Suddenly you will see that each day, a certain part is taken by that habit, which ensures it’s place won’t be taken by some other burning work.

It takes the planning fallacy – we always think we can do more in a day, than we actually ever manage. Blocking time – an entire slot does two things:

We’d recommend to plan most of your useful habits in the morning – get them out of your way whilst your willpower is fresh and strong. Don’t leave them for the end of the day, when you’re exhausted and more inclined to choose something else instead of your goals.

You’ll know that you have succeeded when you’ll keep the routine regardless of reminders.

One of the most useful tools for habit and routine building we know. Useful to kick-start your routine. You can stop using it once it all becomes a routine. Also shows you inspirational quotes, stats on how you’re doing on a calendar – which is very important when building a habit.

Simple. Free. Efficient. We use it every day. Greeat flexibility and features, mainly – different colors for different habits, easy to use on mobile or PC, reminders, goals tracking and much more.

“You will never change your life until you change what you do on a daily basis.” 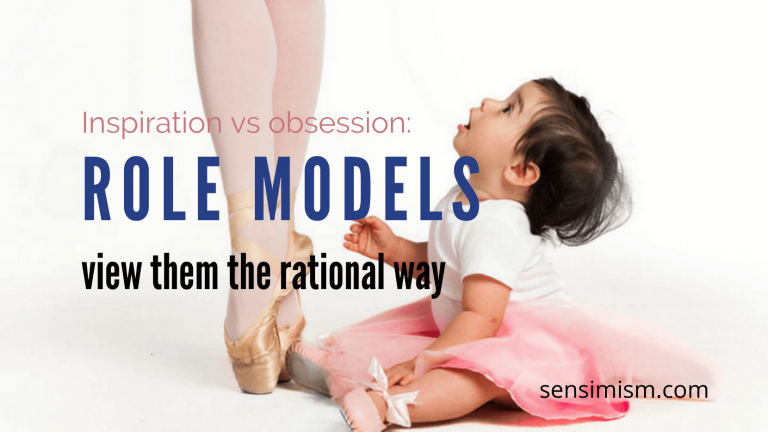 Do you have a role model? Someone who exemplifies what you would want to achieve? Great! It’s good to have something to aspire to. But… make sure it’s healthy inspiration, not obsession that will eventually burn you out or lead you down the wrong path. Here’s how not to lose yourself in today’s world of… 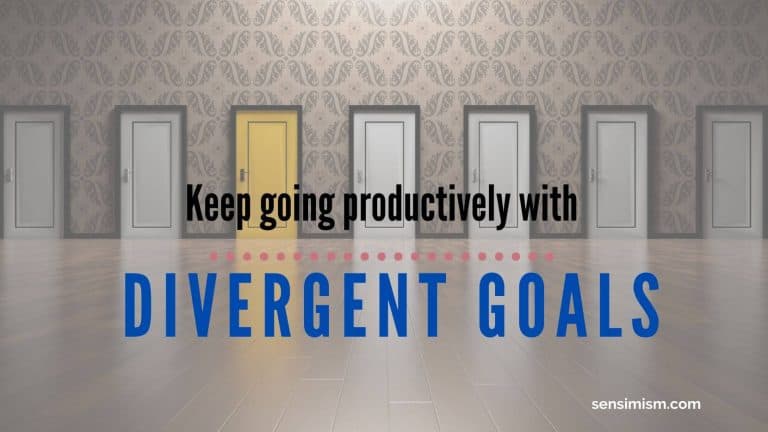 For those of you, who prefer to listen than to read 🙂 This episode explores goal setting and how to do it in a way that allows you to rest, but still be productive. Avoiding burn out and those days on the sofa with bad food and TV series whilst keeping on going and working… 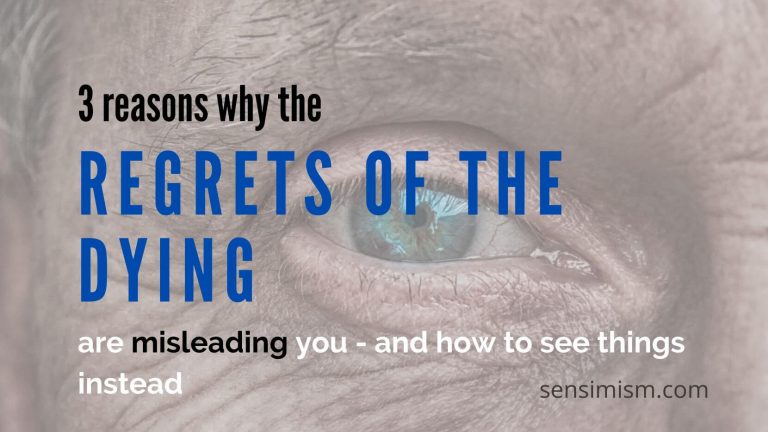 Have you heard about the top X regrets of the dying? Very motivational right? Spend more time with close ones, take care of your self, don’t work so much etc. Makes sense, because we humans know what we want and have no biases or fallacies. Especially when on the death bed and very old… But… 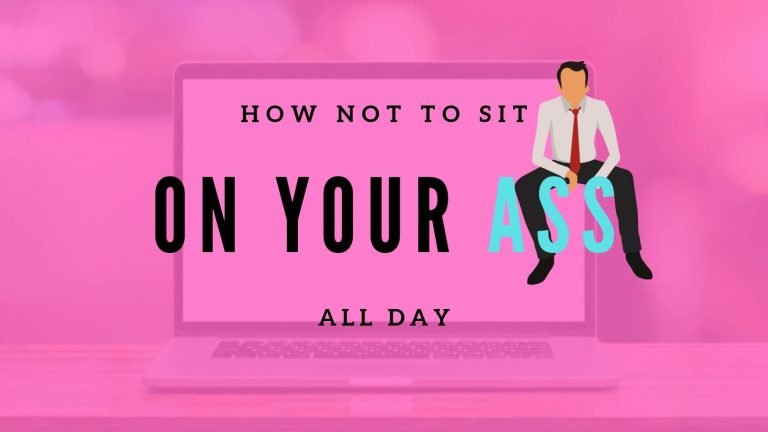 Let’s keep things simple. Of course there are tons of tools, office furniture and equipment that you can buy and have lying around in your office. You can spend tons of money and have the latest gadgets. But you can also keep things simple, do it sensimly, and apply the pareto rule: 80/20. Get 80%… 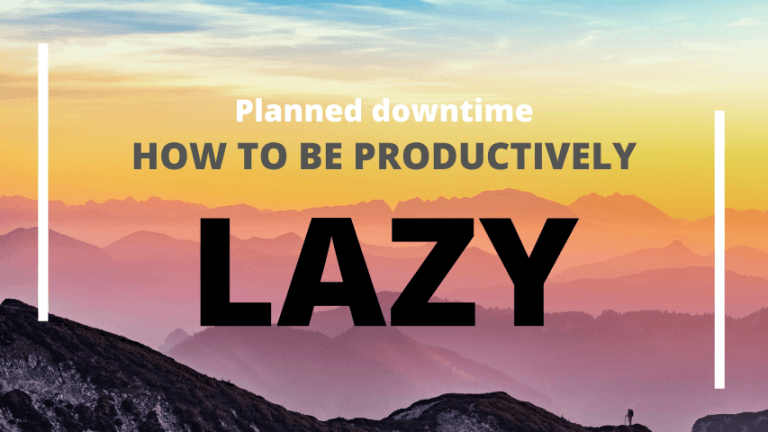 You know that creative whirlwind that prevents you from falling asleep at night? When you get so many good ideas that you have to write them down? They come at you out of nowhere, just from letting your mind wander. It is a very useful thing. Many great ideas came to life during this time….

You know those days, when you just really, really don’t feel like sticking to your exercise plan? Or working hard on your latest project to get it off the ground? We all have those days. Some less, others more. But there’s no need to stress about them – if you plan your goals the right…