Do you exercise, keep fit? Yes? Great! Let’s make sure you do it for the right reasons. (If you answered no and you are reading this, make sure you start moving nevertheless of this post!).

Contents hide
1 What’s your definition of a six-pack?
1.1 It’s not about the destination, but the journey
1.2 Peacocks and peahens
1.3 Sacrifices
2 Can a six-pack be unhealthy?
2.1 Benefits of a six-pack:
2.2 Disadvantages of a six-pack:
3 A question for people who want a six-pack from their partners
4 A healthier alternative

What do I mean by the right reason? It comes down to a functional, healthy and versatile body vs. ripped body that looks good, but isn’t that fit.

Are you too getting swamped by pictures and videos of six-packs, how-to-get-shredded advice and are questioning whether it’s all worth it? Me too. I’m going to go through all the pros and cons I can find and try to apply as much critical thinking to this topic, as possible. After reading, you should be well equiped with unbiased and honest information to make the most informed decision into what direction you are going to pursue.

What’s your definition of a six-pack?

First, I think it’s important to clarify what do we/you mean by “it” in worth it? It’s very likely each of us means something else by it – and this different perspective actually influences the answer too. Is your “it” related to overall health and fitness? Or is it showing off and looking good on photos? Is it the confidence boost that a six-pack can deliver?

The six-pack is just a metaphor for a different benefit you see it will bring you. It’s about the motivation behind wanting a six-pack. What’s yours?

If your motivation is a confidence boost (“I want to feel good/proud topless, the exercise or fitness is just a way to get there“), then you might be working hard on a wrong area. A six-pack won’t remove low self-esteem, it might mask it for some time, but what then? You might start comparing your six-pack with other six-packs and find that your one has some flaws. Hello, low self-esteem again. Address the root cause of this need – an underlying psychological reason that fuels your low self-esteem.

It’s not about the destination, but the journey

There is a way a six-pack can improve your self-esteem in the long term – not focusing on the six-pack itself, but on the process. If you can muster the discipline to work hard and change your habits (exercise, diet) over a longer period of time, so that you achieve a six-pack – you might just as wel pick up healthy habits and natural confidence along the way too. Six-pack was only a metaphor, but the hard work that goes into it wasn’t, be proud of that.

If your motivation is to show off, your motivation is wrong, think about that first. It’s along the lines of buying an expensive <watch, car, whatever bling you can think of>, like a peacock, showing off his feathers to a peahen. The only difference is, that you don’t need that if you are looking to attract the right woman (not the golddigger type). But let’s examine this further. Our lives are governed by men’s underlying (evolutionary) need to show off their status, strength and influence to attract females, and female’s evolutionary attraction to the same feats in men, adding stability to the list. We can’t stop it, it’s natural. But we can manage it to a reasonable level (i.e. knowing, that you can attract a better partner via other means, than just bling, money and power. We’re not monkey’s anymore, so stop beating the bush so much). Same goes for a six-pack. It’s good to learn the discipline needed to work out regularly, stay fit and eat healthy to achieve a six-pack. And these should be your main motives, as they will last the longest and improve your health overall. Not wooing females without thinking about a healthy way to achieve the result.

If my way of thinking is correct, this “it” in “worth it” has another, let’s call it secondary meaning too: how much are you prepared to sacrifice for that six-pack? In other words, “Is a six-pack worth the sacrifice you need to undergo to get it”?

Will you stop eating anything slightly unhealthy? Will you double your fitness regime? Will you spend less time with your friends or close ones to work on your six-pack? Or do you value the occasional beer/fries/biscuit more?

Can a six-pack be unhealthy?

Benefits of a six-pack:

Disadvantages of a six-pack:

Are you prepared to see them less just so later you can see their six-pack? Or maybe you’ll end up like this: she’s/he’s going to have a six-pack, but you won’t see her/him as much. Or he’ll have a lower sex drive, energy levels to talk to you. Will you make room in his life for six-pack work? Like give up time you asked him to spend with you, so he can work on his six-pack?

Or are you asking him to keep the same time commitment to you, but cut his hobbies short to make room for the six pack you want on him?

What if a six-pack is just a side effect of a healthier lifestyle, that will make you a more versatile human being overall? Instead of exercising to have a six-pack, make sure you exercise to be an all-rounded, healthy human being. Make sure you have good stamina (hiking, running, sprinting, swimming, cycling), as well as a strong core (bodyweight exercises, climbing), as well as good overall strength (bodyweight exercises, exercises that use more joints, kettlebells, swimming) and good overall flexibility and dexterity (obstacle races, climbing, mountain climbing…).

Good at many disciplines vs master of one – specialisation doesn’t pay off in fitness in the long term.*

*a person who combines running (not to the extreme) with other sports and activities will be better off than a marathon runner, whose knees will likely suffer over time. Generally in life, if you specialise in one direction (mainly in professional life), it’s worth it, it pays off. But applying the same logic in sports doesn’t pay off – focusing too much in one direction can push the limit of certain bodyparts and lead to long term issues.

Would you prefer to have a six-pack, but struggle to climb a rope or keep up with other hikers on a mountain? Or perhaps to be more fit than most of your friends, even without a sixpack?

There’s a simple route towards that: exercise a lot, vary your exercises, focus on bodyweight, use many joints, push, pull, cardio. Be good at many disciplines, not a master of one. This pays off in fitness especially (many athletes who focus on a single thing then struggle with health issues specific to that field. But all-round active people don’t).

Make it a lifestyle you can stick to for years, not a radical routine you will keep for a month, then burn out and drown your sorrow in pizza.

You’ll come to realize it’s not a six-pack you want, but an all round healthy lifestyle, six-pack or not.

And a six-pack will usually happen naturally over time. Sensimly 🙂 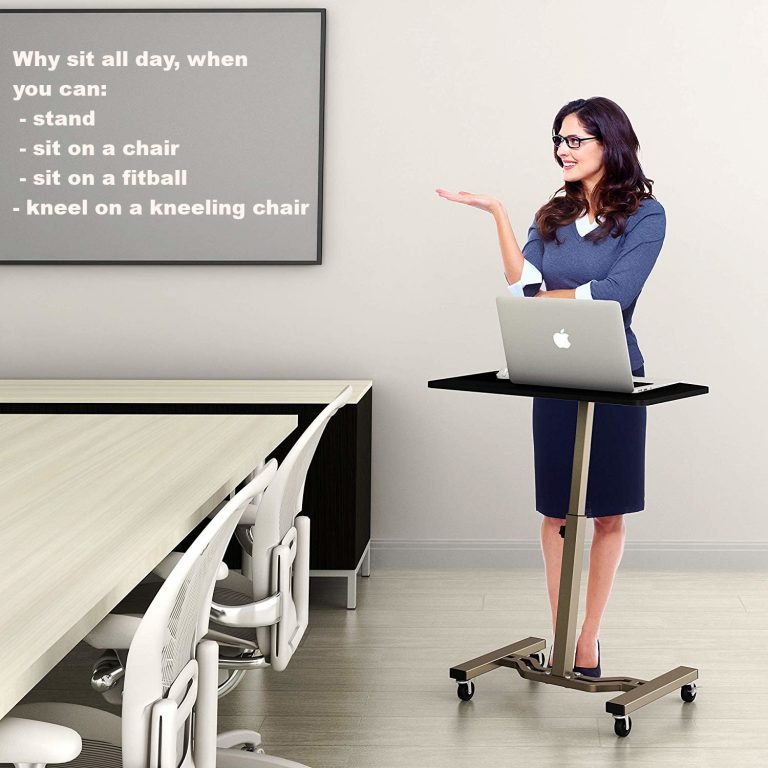 We are going to give you three tips on how to stay more active whilst working from home. Why would we care about that? Let’s see… Did you know that the number of employers offering a work from home option has grown by 40% in the past 5 years? 3.7 million employees in the US… 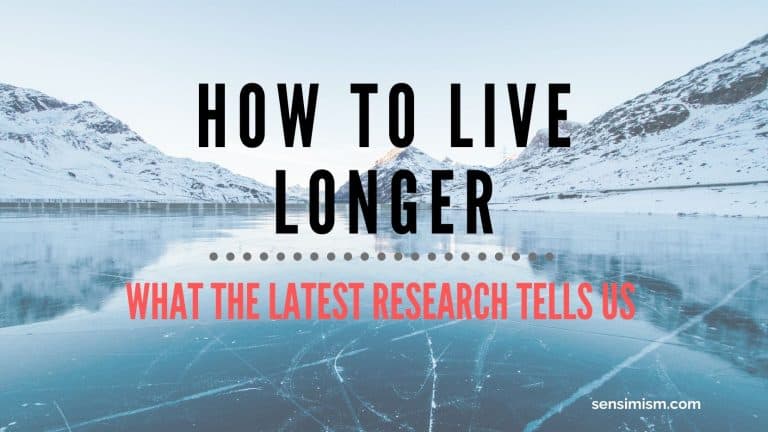 Would you like to live longer, without any high-tech, futuristic nano-bot or chemical interventions to your body? It is no longer a science-fiction story, tantamount to an AI taking over the world. It is something you can influence yourself just by adopting a few good regular habits. Read on to find out which ones. 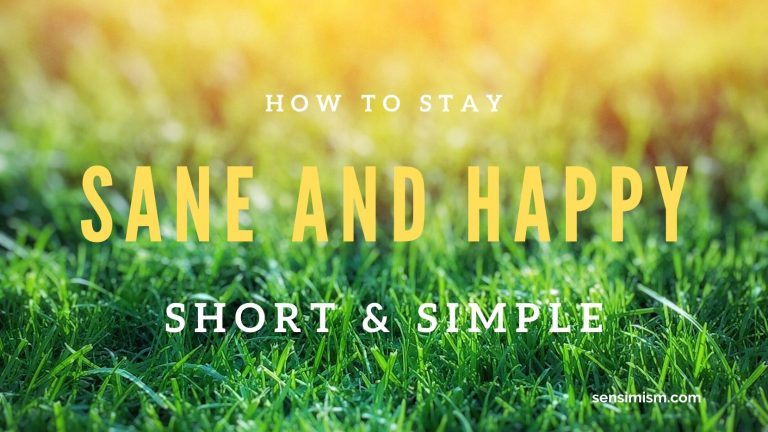 expect shit will happen in life, accept it but don’t dwell on it. There’s a fine line between chronic cynism/pesimism and rational/informed cynism. Example: learning useful self-defence techniques proactively is good. Being paranoid all the time, that you might get mugged and letting that limit your life is bad. know that things take time. Longer… 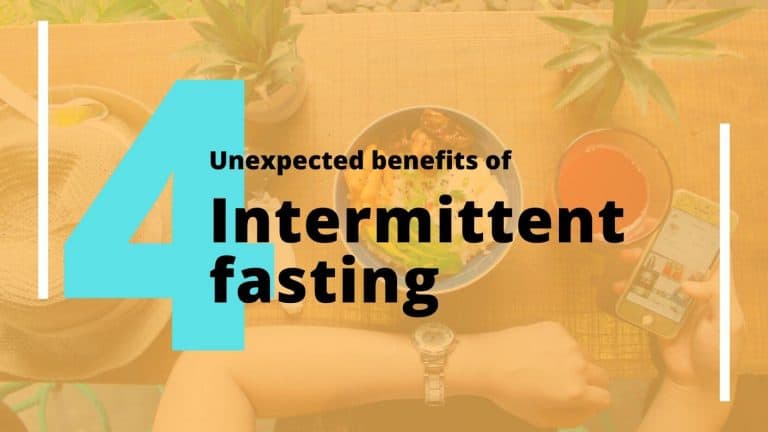 Intermittent fasting is being endorsed by fitness instructors, bloggers and scientists around the world. This post isn’t about its many great direct benefits (more efficient fat burning, especially the even less healthy belly fat, cellular waste removal, cardiovascular system protection and potential lifespan improvement – not bad huh?), but about additional, unexpected benefits of intermittent fasting. source:… 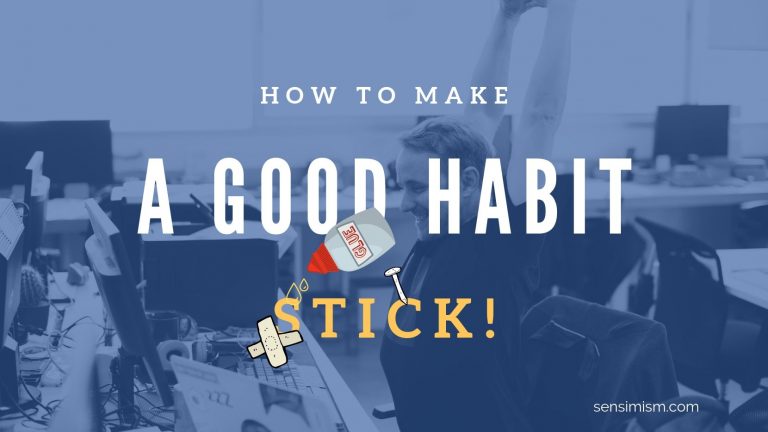 Most of us already know what are the important things, the productive / rewarding / healthy tasks that will make our lives better. And most of us either don’t do them, or struggle to keep doing them regularly enough, for them to have an impact on our lives. You know what’s needed? That ugly word… 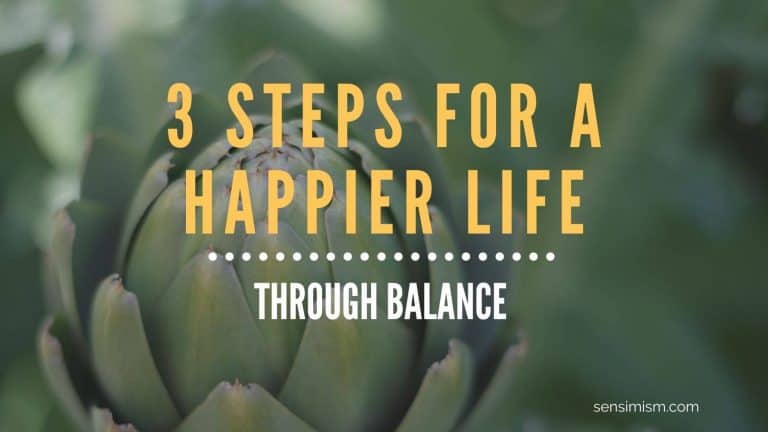 What do you aim for in life? Career? Financial freedom? Freedom of time? Happy family? Leaving a legacy behind? Having a peaceful and blissful life? You want to achieve your goals – great. You work hard on that, even better. But you also want to have a stress-free, peaceful and relaxed life, correct? Perfect. Have…